Buying Goods on the Internet or by phone 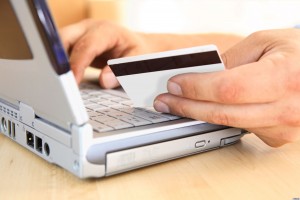 Your implied statutory rights for goods bought online, prior to 1st October 2015 are contained within the Sale of Goods Act. This states that goods must be as described, of satisfactory quality and fit for their purpose.  For all goods bought after 1st October 2015 the new Consumer Rights Act 2015 will apply, and in many ways, your statutory rights will remain the same.

In addition to both the SGA and the CRA the CONSUMER CONTRACTS (INFORMATION, CANCELLATION AND ADDITIONAL PAYMENTS) REGS 2013 (The Consumer Contract Regulations) sets out what information you must be given before entering into the contract, and also allows you, in most cases, to cancel the contract up to 14 days after the goods are received.

Like goods bought in store, goods bought on line must be of satisfactory quality and fit for their purpose -but what does that mean?  Goods do not have to be perfect -but they should last a reasonable period of time, be safe, free from minor defects, and do what they are generally purchased to do.  This applies whether you buy new or second hand goods, but the law will take account of the age of goods at the time of sale, the price paid, and how long they have lasted. See the Buying Goods Section.

If the goods are faulty

For goods purchased before 1st October 2015, under the Sale of Goods Act you can reject the goods within a reasonable period of time – this is often stated as about 4 weeks however, you will lose that right if you take some action that is inconsistent with rejecting, such as using the goods.  A good example is buying a car with air conditioning and upon collection seeing that it does not have the air conditioning but has a sun roof instead – if you drive it away, your right to reject will be lost immediately as you have had time to inspect the car, and the fault is obvious.

On the other hand, there have been cases where the right to reject has been extended up to 16 months – so it will all depend on the actual facts of the case.

If you have goods repaired or replaced, this does not affect your right to reject.

If the goods are faulty and a reasonable time has passed then you still have the right to a repair, replacement or to rescind the contract BUT the reality is, the retailer will get to chose the most cost effective solution (usually a repair).

Any repair or replacement must be done within a reasonable period of time and without causing significant inconvenience – what this means will depend on each case but for example, to fix faulty heating within 2 weeks during the summer may be deemed reasonable, whereas the same time mid-winter may not.  If the retailer cannot repair or replace within a reasonable period of time you can rescind the contract – return the goods and get a partial refund.  Alternatively, you can claim against the retailer for the cost of having the goods repaired.

Any replacement does not mean a new item – it can be reconditioned, and it does not have to come with any new warranty (if one was provided in the first place).

For all goods bought after 1st October 2015 the Consumer Rights Act will apply and if, the goods are faulty, there is a 30 day period during which you are entitled to reject them. This short-term right to reject will apply unless the expected life of the goods is shorter, for example if the goods purchased were highly perishable goods.

If you ask the trader to either repair or replace the faulty goods during this 30-day period, the  CRA states that the period will be suspended so in affect  you will still retain the remainder of the 30-day period, or seven days (whichever is longer) to check whether the repair or replacement has been successful and to decide whether or not to still reject the goods.

If you were seeking a refund, this would be a full refund or, in the case of hire, a refund for any part of the hire that was paid for but not supplied. You would also be released from all of your outstanding obligations under the contract – for example, if you bought a car on HP, you would be released from the outstanding instalments.  Any refund must be given to you without undue delay, and in any event within 14 days of the trader agreeing that you are entitled to a refund.

Under the CRA the trader is responsible for the reasonable cost of returning the goods except where you have decided to return them to the place where you actually physically bought them. However, the Act makes it clear that you are not required to return the goods to this place unless this was agreed from the outset as part of the contract. However even if you do decide to return the goods to the shop where you bought them, you may in some circumstances be able to claim some or all of that cost from the trader – for example, if you bought a faulty second hand car that broke down in the middle of nowhere and you had to pay some money out for the AA or RAC to return the car for you.

Cancelling the Contract or changing your mind

When burying most goods on line you have additional rights to cancel the contract up to 14 days after the goods are received.  This will not apply to some goods, such as perishables or tailor made goods, leisure activities, transport or accommodation where specific dates are set.

If you purchase goods using your credit card or with a connected credit agreement (an agreement arranged with the trader solely for those goods) and the goods cost between £100 and £30000 then the finance company are jointly and severally liable with the trader for any misrepresentation or breach of contract. BUT if you paid by credit card via paypal or another third party payment portal you will not be able to refer any complaint to the Financial Services Ombudsman if the credit card company refuse your claim.

How long should goods last?

How long should goods last?

A good question, and one that causes a lot of confusion.  Not all goods will last for a long period of time – in most cases it is a case of “you get what you pay for”.   It is a common myth that all goods have to last for 6 years.  The 6 year period is the time in which you have to submit a claim to the Court for faulty goods.  So, if you buy an expensive washing machine, you would expect it to last more than 6 years, but cannot bring a claim after 6 years from the date of purchase.

How long something should last, will also take account of outside factors, for example, you cannot complain to a retailer if your washing machine breaks down after 2 years because it is clogged with lime scale.

This is why, when you buy goods, under the SGA, for contracts made prior to 1st October 2015, once you have had them for more than 6 months, if they go wrong, you have to show that the reason for the fault is an inherent one that has taken time to manifest itself (often by way of an independent report).  During the first 6 months after purchase, that burden lies with the retailer.

For any contract made after 1st October 2015, when the CRA 2015 takes effect, similarly if the defect is discovered within 6 months of delivery, it is assumed that the fault was there at the time of delivery unless the trader can prove otherwise or unless this assumption is inconsistent with the circumstances (for example, obvious signs of misuse).

I was not told that I had a right to cancel

I was not told that I had a right to cancel

In that case, provided the retailer gives you your cancellation rights within 12 months, you still have the 14 days to cancel the contract and return the goods and the retailer cannot charge you for the use of the goods during that time.

I want to return goods but am being charged postage

I want to return goods but am being charged postage

The retailer can only charge you the cost of return if they told you before entering into the contract that you would bear that cost.

The retailer can make a charge for any diminished value in the goods, for example, if you have worn the shoes.  You should have time in which to inspect the shoes in the same way you would in a shop so if you only tried them on, then the retailer will have to return all of the purchase price.  If you have worn them before returning them, they have diminished in value.

I cancelled an order for some furniture - what about the credit agreement I also signed?

I cancelled an order for some furniture - what about the credit agreement I also signed?

If you cancelled within the 14 day period then the credit agreement should automatically also be cancelled and it is the responsibility of the trader to inform the finance company.

Can I phone to cancel my order?

Can I phone to cancel my order?

Yes.  You do not have to put your request to cancel in writing but you need to be aware that the burden of proof to show that you have cancelled rests with you so it is in your best interests to keep a record of who you spoke to, when, the time, and notes of the conversation.  If you can, it is advisable to put it in writing.

I bought goods on E-Bay - can I still cancel?

I bought goods on E-Bay - can I still cancel?

If you purchased goods from a trader then you still have a right to cancel within 14 days of receiving the goods.

I spent 30 mins waiting to speak to a retailer about my order of garden furniture and my phone company charged me £10.00

I spent 30 mins waiting to speak to a retailer about my order of garden furniture and my phone company charged me £10.00

Since 14th June 2014, where a helpline is provided, the retailer must not charge more than a geographical or mobile rate.  Premium numbers beginning with “09” are not permitted.

Some other numbers such as 084 are not permitted as these are “revenue sharing numbers” and cost more than the local rate but mobile numbers are allowed.

Provided the trader has provided all of the information required under the Consumer Contract Regulations then it does not have to provide a telephone number.

I purchased a car online and cancelled it when it was delivered as I did not like it - the trader says I have to return it to them within 14 days.

I purchased a car online and cancelled it when it was delivered as I did not like it - the trader says I have to return it to them within 14 days.

Under the Consumer Contracts Regulations where you cancel the contract it is your responsibility to arrange for the return of the goods within 14 days.

If you paid the trader directly for the goods using your credit card then you can still claim against your bank under the Consumer Credit Act.
2014-05-29
The Consumer Genie

Login to the Forum

Think you know your consumer rights? Take our quick fun quiz to see how good you are.