Shops to charge 5p per shopping  bag from today!!

October 5, 2015 Comments Off on Shops to charge 5p per shopping  bag from today!!

From today (5th October) England will finally come into line with the rest of the UK, and now all large retailers (retailers with 250 or more full-time equivalent employees) will be legally required to charge you 5p for each plastic bag that you use. However not all bags will attract this charge. Under the law, some bags will still remain ... END_OF_DOCUMENT_TOKEN_TO_BE_REPLACED

October 3, 2015 Comments Off on Increase of bankruptcy limit

As from 1st October 2015, if you want to commence bankruptcy proceedings then the amount owed to you must be £5000 or more (which was previously £750.00) END_OF_DOCUMENT_TOKEN_TO_BE_REPLACED

March 27, 2015 Comments Off on New consumer rights coming into force from October 2015

Today, the Consumer Rights Act 2015 received royal assent and is due to come into force on 1st October 2015. The Act replaces 12 existing laws, including the Sale of Goods Act and the Supply of Goods and Services Act. The major changes will cover: what should happen when goods are faulty unfair terms in a contract what happens when ... END_OF_DOCUMENT_TOKEN_TO_BE_REPLACED

March 7, 2015 Comments Off on New rules on Council Parking fines

It is a myth that Council’s have to offer a 2 minute grace for overstaying in Council-owned car park – at present, the Council do not have to offer any grace period at all. However, drivers in England will get 10 minutes’ grace before being fined if they stay too long in council-owned car parking spaces, the government has announced. ... END_OF_DOCUMENT_TOKEN_TO_BE_REPLACED

Is this the end of private parking “fines”? UPDATE

February 21, 2015 Comments Off on Is this the end of private parking “fines”? UPDATE

Three appeal judges unanimously dismissed an earlier appeal by Mr Beavis in April this year, ruling the penalty was “not extravagant or unconscionable”. ​Lawyers for Barry Beavis argued in the Court of Appeal that he should not be bound by an £85 fine for overstaying in a Chelmsford car park in 2013. Mr Beavis appealed to the Supreme Court and ... END_OF_DOCUMENT_TOKEN_TO_BE_REPLACED

Consumers given new weapon in fight against rogue traders

October 4, 2014 Comments Off on Consumers given new weapon in fight against rogue traders

From 1st October 2014 consumers who are bullied or misled into buying services or goods they neither need nor want, will now have a period of up to 90 days to take legal action under the Consumer Protection Regulations 2014. Examples could include those who are harassed into home improvements by a door-to-door salesman when they really don’t need it ... END_OF_DOCUMENT_TOKEN_TO_BE_REPLACED

Buying goods on-line – how long do you have to return them?

September 2, 2014 Comments Off on Buying goods on-line – how long do you have to return them?

When placing an order on the internet the other day I decided to read the terms and conditions before ticking the box – yes, like most I do not normally bother – and noticed that the company was giving me 8 working days in which to return goods.   I also noticed that another consumer law organisation stated when buying ... END_OF_DOCUMENT_TOKEN_TO_BE_REPLACED

Can a restaurant charge for water? Does a shop have to sell items at the labelled price?

August 1, 2014 Comments Off on Can a restaurant charge for water? Does a shop have to sell items at the labelled price?

Welcome to Consumer Genie – a brand new and innovative way of getting consumer law advice at an affordable price from the comfort of your own home. Sign up for the free forum where you can talk with other people and get answers to your questions and find our useful tips and information. WANT TO KNOW THE ANSWERS TO THE QUESTIONS? ... END_OF_DOCUMENT_TOKEN_TO_BE_REPLACED 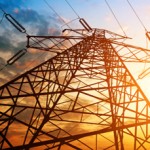 From 13th June 2014 if you enter into a contract for gas or electricity (or water) on the phone, over the internet or at your home, in most cases you must be given at least 14 days in which to cancel the contract.  You can agree for the service to start before that time, but you still have the 14 ... END_OF_DOCUMENT_TOKEN_TO_BE_REPLACED 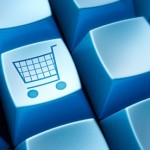 The types of service we use may use online vary from ordering a take-away, to arranging a new mobile phone contract – but whatever the service, it will be covered by the Supply of Goods and Services Act 1982. When you arrange the service at a distance (by phone or on the internet) then you will also be covered for some ... END_OF_DOCUMENT_TOKEN_TO_BE_REPLACED

Think you know your consumer rights? Take our quick fun quiz to see how good you are.